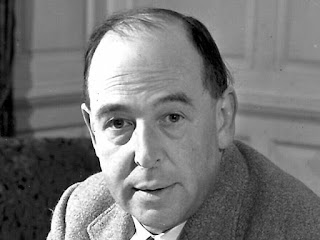 C.S Lewis, author of The Chronicles of Narnia, is one of the most popular authors within Christian circles, and perhaps one of the most loved heretics of our time. However, he accepted the following false beliefs:

Christ did not atone for our sins.

The Bible is not inspired or inerrant.

The Bible is not literal.

Catholic sacraments spread the life of Christ to us.

Purgatory is a real place.

Hell may be simply a figment of the mind.

Praying for the dead.

Scripture Refutes these heresies
God's Word teaches us that these beliefs are false, so we must reject them and anyone that teaches them.

Christ atoned for our sin.
The apostle John wrote, "He is the atoning sacrifice for our sins, and not only for ours but also for the sins of the whole world." (1 Jn 2:2, NIV).

The apostle Paul wrote, "that if you confess with your mouth Jesus as Lord, and believe in your heart that God raised Him from the dead, you will be saved." (Rom 10:9).

The apostle Peter said, "And there is salvation in no one else; for there is no other name under heaven that has been given among men by which we must be saved.” (Ac 4:12). You cannot be saved by following Buddha, Mohammed, Joseph Smith, or any other man. There is no other name but the name of Jesus by which we must be saved. Those other men's bones are still in their graves, but Jesus' tomb is empty, because He has risen from the dead and sits at the right hand of God.

We are saved by grace through faith, not sacraments.
There is no Scripture that requires us to take sacraments to be saved. Paul wrote, "For by grace you have been saved through faith; and that not of yourselves, it is the gift of God; not as a result of works, so that no one may boast." (Eph 2:8-9). There are two ordinances that Jesus left for the Church, which are communion and water baptism. He taught us to celebrate communion in remembrance of His death (Lk 22:19; 1 Cor 11:24-25), and to baptize new believers in water (Mt 3:13-17; Mt 28:19). He said, "Go therefore and make disciples of all the nations, baptizing them in the name of the Father and the Son and the Holy Spirit." (Mt 28:19). He said, "And He said to them, “Go into all the world and preach the gospel to all creation. He who has believed and has been baptized shall be saved; but he who has disbelieved shall be condemned." (Mk 16:15-16). Water baptism is for those who have repented and believed in Jesus, not a sacrament that can save those who have not yet believed. See By Faith Alone - Part I and By Grace Alone.

The Bible teaches heaven and hell as the two possible eternal destinations of man.
There is no Scripture in the Bible that teaches purgatory. "It is appointed for men to die once and after this comes judgment." (Heb 9:27). Jesus said, “Do not be amazed at this, for a time is coming when all who are in their graves will hear his voice and come out—those who have done what is good will rise to live, and those who have done what is evil will rise to be condemned." (Jn 5:28-29, NIV).

Hell is a literal place.
Jesus taught a literal hell. He said that when He judges all mankind, He will send the wicked to the eternal fire.

“Then He will also say to those on His left, ‘Depart from Me, accursed ones, into the eternal fire which has been prepared for the devil and his angels." (Mt 25:41).

He said, "If your hand causes you to stumble, cut it off; it is better for you to enter life crippled, than, having your two hands, to go into [ac]hell, into the unquenchable fire, and where their worm does not die, and the fire is not quenched." (Mk 9:43-44)

Those who worship the beast and receive his mark will be tormented forever by fire and brimstone, undoubtedly in hell, the lake of fire. “Then another angel, a third one, followed them, saying with a loud voice, ‘If anyone worships the beast and his image, and receives a mark on his forehead or on his hand, he also will drink of the wine of the wrath of God, which is mixed in full strength in the cup of His anger; and he will be tormented with fire and brimstone in the presence of the holy angels and in the presence of the Lamb. And the smoke of their torment goes up forever and ever; they have no rest day and night, those who worship the beast and his image, and whoever receives the mark of his name.’” (Rev 14:9-11)

The beast and false prophet both end up in that same place, “And the devil who deceived them was thrown into the lake of fire and brimstone, where the beast and the false prophet are also; and they will be tormented day and night forever and ever.” (Rev 20:10).

Many others will be in the lake of fire. “But for the cowardly and unbelieving and abominable and murderers and immoral persons and sorcerers and idolaters and all liars, their part will be in the lake that burns with fire and brimstone, which is the second death.” (Rev 21:). Also see Where will you go when you die?, Revelation of Hell to Seven Colombian Youths, Michael Thomas Sambo's Revelation of Heaven and Hell, and Eudoxia Varga Testimony of Heaven and Hell.

There is no Scriptural basis for praying for the dead.
Mercy is only available while you are on earth. Once you die, then comes the judgment. "It is appointed for men to die once and after this comes judgment." (Heb 9:27). The only reason someone would pray for the dead is if they either believed that one may be in purgatory and somehow released, or if they believed that hell is temporary. But the Bible teaches that hell is eternal.

All forms of magic are condemned.
Magic is considered witchcraft. Throughout Scripture, all forms of witchcraft are considered wicked and are condemned. (Deuteronomy 18:10–16; Leviticus 19:26, 31; 20:27; Acts 13:8–10). There is no distinction made between black magic and white magic, good magic or bad magic. It is all evil. The apostle Paul referred to Elymas the sorcerer as a “child of the devil” full of  “all kinds of deceit and trickery”, "perverting the right ways of the Lord” (Acts 13:10). The apostle Peter condemned Simon the sorcerer in Acts 8:20–23. When the Ephesians came to Christ, they repented of practicing magic arts and burned the books, which probably contained the magic spells, incantations, and other magic instruction. "And many of those who practiced magic brought their books together and began burning them in the sight of everyone; and they counted up the price of them and found it fifty thousand pieces of silver." (Ac 19:19).

The Scriptures teach us that the eternal destiny of those who practice magic arts is in the lake of burning sulfur. "But the cowardly, the unbelieving, the vile, the murderers, the sexually immoral, those who practice magic arts, the idolaters and all liars—they will be consigned to the fiery lake of burning sulfur. This is the second death.” (Rev 21:8, NIV; cf. Rev 22:15)

Putting it All Together
As we can see from Scripture, these beliefs of C.S. Lewis are completely false. Therefore, I caution you not to read his books, since this man was an agent of the father of lies, which is the devil. And for that matter, I do not advise anyone to watch movies that are based on his books, such as Narnia. These open doors for demons to enter your life.

As followers of Christ, we must not cling to falsehood or anything that is of the devil. We must repent from our involvement in it and cry out for forgiveness. We must live holy and godly lives for the Lord Jesus. We must not touch any unclean thing. For the sake of your own soul, please do not dabble with darkness. Come out from among them and be separate. Walk in the Light as Jesus is in the Light.

Attribution notice: Most Scripture quotations taken from the NASB. Most other Scriptures taken from The Holy Bible, New International Version® NIV®, unless otherwise noted.

Author's note: If you enjoyed this post, I recommend the following articles for further proof of what I have explained here: Unbiblical Practices of the Catholic Church, Former Pope in Hell Declared a Saint, Pope Validates Evolution and Big Bang Theory, Pagan Symbols of the Popes, The Bible is the Word of God, Where will you go when you die?, Revelation of Hell to Seven Colombian Youths, Michael Thomas Sambo's Revelation of Heaven and Hell, Eudoxia Varga Testimony of Heaven and Hell, Nigerian Pastor Raised from the Dead, Harry Potter is the Devil's Snare, Visitation of Jesus to Samuel Oghenetega, Rachael Mushala Third Testimony of Hell, and The Bible is the Word of God. You may access more of my articles on the Main Directory of this blog, as well as my complete blog directory at "Writing for the Master.

Len Lacroix is the founder of Doulos Missions International.  He was based in Eastern Europe for four years, making disciples, as well as helping leaders to be more effective at making disciples who multiply, developing leaders who multiply, with the ultimate goal of planting churches that multiply. His ministry is now based in the United States with the same goal of helping fulfill the Great Commission. www.dmiworld.org.
Posted by Len at 8:33 AM